Side effects of inceldom

The inability to form a romantic or sexual relationship (inceldom) can lead to a wide range of side-effects. Some of these include: 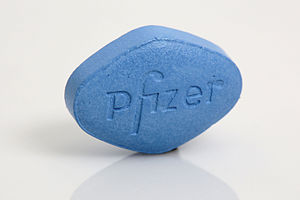 A 2008 study published in the American Journal of Public Health found that delaying sexual activity may "create health risks by impeding development of the emotional, cognitive, and interpersonal skills that are crucial to satisfactory sexual functioning and general well-being."[1] By their definition, those who had their first sexual encounter at age 22 or older were considered "later starters." The knowledge that you are incompetent at something that comes as natural as breathing for most humans means that most on the inceldom spectrum tend to feel incompetent, and as a result, their self-esteem drops like a ton of bricks. The physical manifestation of an unfulfilled libido also creates anxiety. The lack of dopamine from sexual or romantic affection also eventually leads to general health problems.

Men who lose their virginity in their 20s, in particular, are more likely to experience sexual problems that include difficulty becoming sexually aroused and reaching orgasm say researchers at Columbia University and the New York State Psychiatric Institute's HIV Center for Clinical and Behavioral Studies, in a study in the January 2008 issue of the American Journal of Public Health.[2]

The main physical effect of inceldom is oxytocinlessness. One of the downsides of inceldom is an unfulfilled libido, i.e. sexual frustration. The effects of inceldom should not be downplayed since they are many and can be grim. For instance, having a howling libido without an outlet can affect areas of your life outside of romance. For example, imagine preparing for an exam, or actually sitting an exam, yet your sexual urges seem to have raised its head at that exact moment, it may interfere with your academic success. Even if one is on vacation and thus doesn't have any studies or work-related obligations, a raging unfulfilled libido can still have negative consequences. For example women may grool on their own clothing and get blue vulva. Men may emit cowpers and defile their clothes and may even damage the tendons or erectile tissue on their penis from prolonged erectile friction against their clothing.

One of the side-effetcs of inceldom is an increased risk towards catching STD's. One of the main causes of STD's is a lack of protection, such as condom usage. Whereas a normie might insist on the usage of a condom, truecels can be so desperate for sex that when the chance arises at obtain sex, they immediately take it without hesitation, Such a lack of hesitation stems from a fear that this opportunity will never arise again. If someone regularly gets flirted with, then flirtation is not a big deal. Since truecels never have anyone flirting with them, if that once in a lifetime opportunity does finally present itself, these trucels take it with both hands, possibly STD's be damned.

You become a genetic dead end. Despite the fact that some people rejoice at the prospects of being childless, claiming that it has afforded them freedoms and allowed them to focus on their careers etc. there are also setbacks to being childless. Having offspring can give a person meaning to life, it can be rewarding to raise another human, and children often bring one joy. What compounds the GDE if it results from inceldom, is that unlike GDE resulting from choice, a person on the inceldom spectrum is childless notwithstanding their own will.

There are also social side-effects to inceldom. For example, in some countries, couples receive tax-breaks, something that nearcels, truecels and incels are not entitled to. There is often also a lot of social pressure to get a partner from family members, friends and cultural institutions. When you don't live up to these social demands, there are sometimes consequences. The lack of validation from another person in turn can also take its toll.

Hulseyism is another possible side effect of inceldom. See the hulseyism article for more info on this topic.